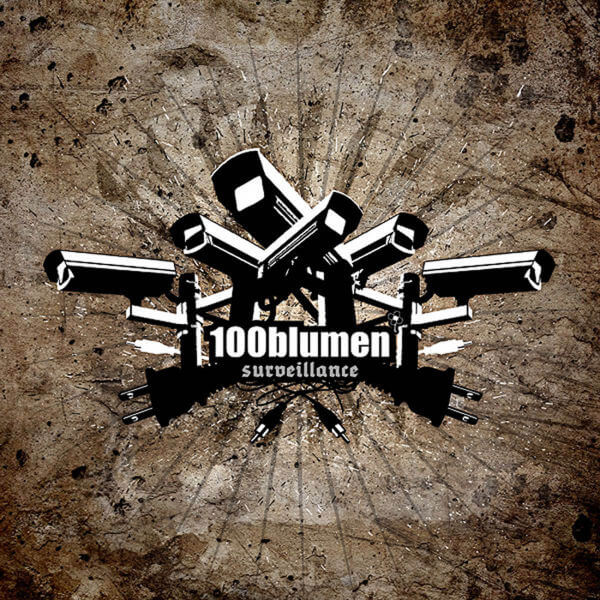 since the beginning 100blumen have constituted a firm combination of powerful electronics and political acuteness. started as a one man project by marcel van blumen, the project amplified to a duo after chris van blumen’s guitar supported marcel during live performances and on a few past tracks – now chris is a permanent band member and together they’re stronger than ever. on the fourth album on ant-zen their versatility is audible on each track, way beyond any ‘industrial’ or ‘electropunk’ clichés.

supported by l. delogne (le moderniste) who is responsible for the spoken word on ‘la fin absolue du monde’ and 16pad noise terrorist collaborating on ‘dig that shizzel’, 100blumen have created a deep expression of ‘feelings while living in a surveillance society’. this album contains a multilateral spectrum of vibes ranging from melancholic violence to belligerence. a multitude of rhythmic variations – broken and straight – appended with stirring basses lay the groundwork for subtle melodic excursions, synthesized fury and razor-sharp six-string attacks, all kept together with epic artificial string entries. stylistic boundaries are non-existent:… more