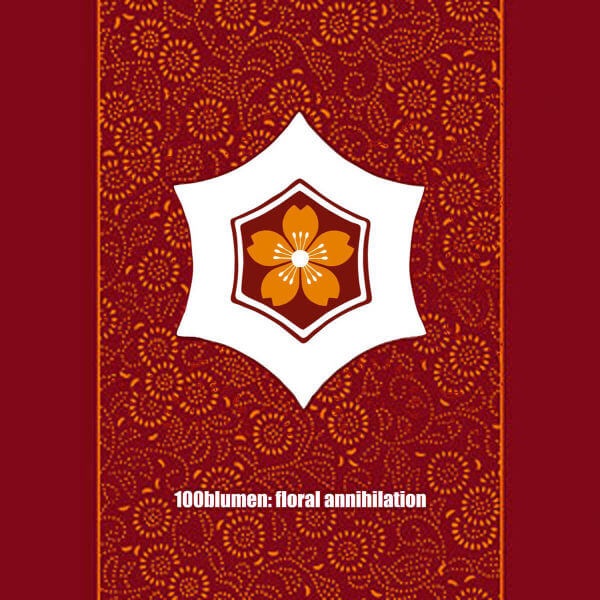 although the electronic sound assaults seems like a long way from this artist’s punk rock roots, the inspiration from punk prophets like conflict, discharge and crass is still of great importance to 100blumen – that is a citizen of full age, the scrutinization of authorities, politics and beliefs. but he does not consider his music ‘political’; however track titles and some samples can be used as thought provoking impulses – if the listener decides to.

musically, ‘floral annihilation’ is a consolidated package of energetic, percussive pieces, interlaced with many facets of electronic sounds – repetitive, impulsive and suggestive. 100blumen focuses on a balance between hard danceable industrial noise (characterized by the artist’s own description of ‘polyrhythmic rock and roll’) and lo-fi influenced less aggressive tunes.